Trimis la data: 2015-10-10
Materia: Biologie
Nivel: Liceu
Pagini: 4
Nota: 9.27 / 10
Downloads: 0
Autor: Simona_F
Dimensiune: 17kb
Voturi: 1
Tipul fisierelor: doc
Acorda si tu o nota acestui referat:
Genetic Engineering: A leap in to the future or a leap towards destruction? Introduction Science is a creature that continues to evolve at a much higher rate than the beings that gave it birth. The transformation time from tree-shrew, to ape, to human far exceeds the time from an analytical engine, to a calculator, to a computer. However, science, in the past, has always remained distant. It has allowed for advances in production, transportation, and even entertainment, but never in history has science be able to so deeply affect our lives as genetic engineering will undoubtedly do.

pag. 4
Previous Next
With the birth of this new technology, scientific extremists and anti-technologists have risen in arms to block its budding future. Spreading fear by misinterpretation of facts, they promote their hidden agendas in the halls of the United States congress. They fear that it is unsafe; however, genetic engineering is a safe and powerful tool that will yield unprecedented results, specifically in the field of medicine. It will usher in a world where gene defects, bacterial disease, and even aging are a thing of the past.

By understanding genetic engineering and its history, discovering its possibilities, and answering the moral and safety questions it brings forth, the blanket of fear covering this remarkable technical miracle can be lifted. The first step to understanding genetic engineering and embracing its possibilities for society is to obtain a rough knowledge base of its history and method. The basis for altering the evolutionary process is dependant on the understanding of how individuals pass on characteristics to their offspring.

Genetics achieved its first foothold on the secrets of nature's evolutionary process when an Austrian monk named Gregor Mendel developed the first "laws of heredity." Using these laws, scientists studied the characteristics of organisms for most of the next one hundred years following Mendel's discovery. These early studies concluded that each organism has two sets of character determinants, or genes (Stableford 16). For instance, in regards to eye color, a child could receive one set of genes from his or her father that were encoded one blue, and the other brown. The same child could also receive two brown genes from his or her mother.

The conclusion for this inheritance would be the child has a three in four chance of having brown eyes, and a one in three chance of having blue eyes (Stableford 16). Genes are transmitted through chromosomes which reside in the nucleus of every living organism's cells. Each chromosome is made up of fine strands of deoxyribonucleic acids, or DNA. The information carried on the DNA determines the cells function within the organism.

Sex cells are the only cells that contain a complete DNA map of the organism, therefore, "the structure of a DNA molecule or combination of DNA molecules determines the shape, form, and function of the [organism's] offspring" (Lewin 1). DNA discovery is attributed to the research of three scientists, Francis Crick, Maurice Wilkins, and James Dewey Watson in 1951. They were all later accredited with the Nobel Prize in physiology and medicine in 1962 (Lewin 1). "The new science of genetic engineering aims to take a dramatic short cut in the slow process of evolution" (Stableford 25).
Download
Stiri 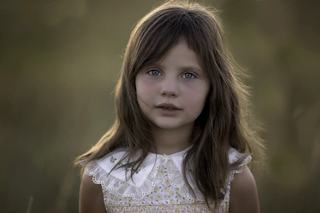 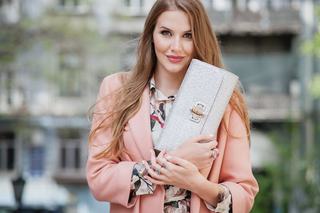