Latin elements in the english vocabulary

Trimis la data: 2007-04-05
Materia: Engleza
Nivel: Facultate
Pagini: 5
Nota: 7.55 / 10
Downloads: 1
Autor: Horia
Dimensiune: 13kb
Voturi: 4
Tipul fisierelor: doc
Acorda si tu o nota acestui referat:
Referat despre Latin elements in the english vocabulary
English has been called a Germanic language with a Romance vocabulary. Estimates of native (Anglo-Saxon) words in English range from 20%–33%, with the rest made up of foreign borrowings. A large number of these borrowings are Latinate, coming directly from Latin, from Latin through one of the Romance languages (French, Romanian, Italian, Portuguese, or Spanish) or from other language (such as Greek) into Latin and then into English. English is a living language, and it is growing all the time. One way that new words come into the language is when words are borrowed from other languages. New words are also created when words or word elements, such as roots, prefixes, and suffixes, are combined in new ways. Many English words and word elements can be traced back to Latin and Greek.

pag. 5
Previous Next
Referat despre Latin elements in the english vocabulary
If the influence of Celtic upon Old English was slight, it was doubtless so because the relation of the Celt to the Anglo-Saxon was that of a submerged race and, as suggested above, because the Celt was not in a position to make any notable contribution to Anglo-Saxon civilization. It was quite otherwise with the second great influence exerted upon English—that of Latin—and the circumstances under which they met. Latin was not the language of a conquered people. It was the language of a higher civilization, a civilization from which the Anglo-Saxons had much to learn.

Contact with that civilization, at first commercial and military, later religious and intellectual extended over many centuries and was constantly renewed. It began long before the Anglo-Saxons came to England and continued throughout the Old English period. For several hundred years, while the Germanic tribes who later became the English were still occupying their continental homes, they had various relations with the Romans through which they acquired a considerable number of Latin words. Later when they came to England they saw the evidences of the long Roman rule in the island and learned from the Celts a few additional Latin words which had been acquired by them. And a century and a half later still, when Roman missionaries reintroduced Christianity into the island, this new cultural influence resulted in a really extensive adoption of Latin elements into the language.

There were thus three distinct occasions on which borrowing from Latin occurred before the end of the Old English period, and it will be of interest to consider more in detail the character and extent of these borrowings. The evidence which can be employed is of various kinds and naturally of varying value. Most obvious is the appearance of the word in literature. If a given word occurs with fair frequency in texts such as Beowulf, or the poems of Cynewulf, such occurrence indicates that the word has had time to pass into current use and that it came into English not later than the early part of the period of Christian influence. But it does not tell us how much earlier it was known in the language, since the earliest written records in English do not go back beyond the year 700.

Much the most conclusive evidence of the date at which a word was borrowed, however, is to be found in the phonetic form of the word. The changes which take place in the sounds of a language can often be dated with some definiteness, and the presence or absence of these changes in a borrowed word constitutes an important test of age. Thus there occurred in Old English, as in most of the Germanic languages, a change known as i-umlaut. This change affected certain accented vowels and diphthongs (ae, â, ô, û, êa, êo, and îo) when they were followed in the next syllable by an î or j.

Under such circumstances ae and a became e, and ô became ê, â became ae, and û became ý. The diphthongs êa, êo, îo became îe, later î, ý. Thus *bankiz > benc (bench), *mûsiz > mýs, plural of mûs (mouse), etc. The change occurred in English in the course of the seventh century, and when we find it taking place in a word borrowed from Latin it indicates that the Latin word had been taken into English by that time. Another change (even earlier) that helps us to date a borrowed word is that known as palatal diphthongization.

By this sound-change an ae or ê in early Old English was changed to a diphthong (êa and îe respectively) when preceded by certain palatal consonants (c, g [= or initial j], sc). O.E. cîese (L. câseus, cheese), mentioned above, shows both i-umlaut and palatal diphthongization (câseus > *caesi > *cêasi > cîese). In many words evidence for date is furnished by the sound-changes of Vulgar Latin. But enough has been said to indicate the method and to show that the distribution of the Latin words in Old English among the various periods at which borrowing took place rests not upon guesses, however shrewd, but upon definite facts and upon fairly reliable phonetic inferences.

The first Latin words to find their way into the English language owe their adoption to the early contact between the Romans and the Germanic tribes on the continent. Several hundred Latin words found in the various Germanic dialects at an early date—some in one dialect only, others in several—testify to the extensive intercourse between the two peoples. The number of Germans living within the empire by the fourth century is estimated at several million. The adopted words naturally indicate the new conceptions which the Teutons acquired from this contact with a higher civilization.

Next to agriculture the chief occupation of the Germans in the empire was war, and this experience is reflected in words like camp (battle), segn (banner), pîl (pointed stick, javelin), weall (wall), pytt (pit), straet (road, street), mîl (mile), and miltestre (courtesan). More numerous are the words connected with trade. The Teutons traded amber, furs, slaves, and probably certain raw materials for the products of Roman handicrafts, articles of utility, luxury, and adornment. The words cêap (bargain; cf. Eng., cheap, chapman) and mangian (to trade) with its derivatives mangere (monger), mangung (trade, commerce), and mangung-hûs (shop) are fundamental, while pund (pound), mydd (bushel), seam (burden, loan), and mynet (coin) are terms likely to be employed. From the last word Old English formed the words mynetian (to mint or coin) and mynetere (money-changer).

One of the most important branches of Roman commerce with the Teutons was the wine trade: hence such words in English as wîn (wine), must (new wine), eced (vinegar), and flasce(flask, bottle). To this period are probably to be attributed the words cylle (L. culleus, leather bottle), cyrfette (L. curcurbita, gourd), and sester (jar, pitcher). A number of the new words relate to domestic life and designate household articles, clothing, etc.: cytel (kettle; L. catillus, catlnus), mese (table), scamol (L. scamellum, bench, stool; cf. modern shambles), teped (carpet, curtain; L. tapêtum), pyle (L. pulvînus, pillow), pilece (L. pellicia, robe of skin), and sigel (brooch, necklace; L. sigillum). In general, if we are surprised at the number of words acquired from the Romans at so early a date by the Germanic tribes that came to England, we can see nevertheless that the words were such as they would be likely to borrow and such as reflect in a very reasonable way the relations that existed between the two peoples.
Download
Stiri 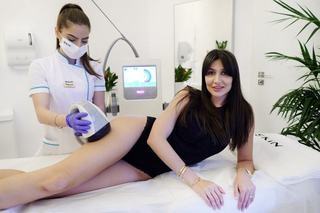 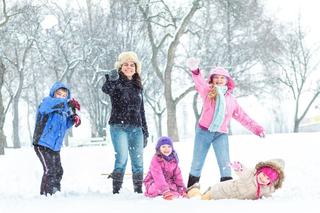