The rol of mass media

Trimis la data: 2005-01-01
Materia: Engleza
Nivel: Liceu
Pagini: 2
Nota: 7.77 / 10
Downloads: 16
Autor: Mihnea Popa
Dimensiune: 7kb
Voturi: 219
Tipul fisierelor: doc
Acorda si tu o nota acestui referat:
In order for the people of a state to partake in self-government, they require a communications system to distribute and exchange ideas and messages among the people.A large and complex society such as our own requires a complex and expansive communications system to facilitate this need. We have come to call this system “the media”. The media are the instruments of communication (such as books, newspapers, TV, film and the Internet) and also the people and organizations that support the production and distribution of the messages.

pag. 2
Previous Next
The role of mass media in a democratic society


In order for the people of a state to partake in self-government, they require a communications system to distribute and exchange ideas and messages among the people.
A large and complex society such as our own requires a complex and expansive communications system to facilitate this need.  We have come to call this system “the media”.  The media are the instruments of communication (such as books, newspapers, TV, film and the Internet) and also the people and organizations that support the production and distribution of the messages.
Media are often acclaimed as the “fourth power” in a democracy. They are hailed as the
“watch-dogs” of democracy. As an integral force of civil society, the mass media is
expected to play a prominent role in controlling the parliament, the government and the
judiciary, in investigating whether private industrial and financial interests respect the
law, sounding the alarm if the environment is polluted, and engaging in conflict
prevention and resolution. Mass media are omnipresent in modern times. Perhaps,
therefore, people expect omnipotence from the media.
Democracy (demos: people, kratia: rule) depends upon information. Media facilitate information flow.
If people are going to make the right kinds of decisions in governing themselves, they need a wide array of information.
We rely on the media to tell us what’s going on. We are simply unable to experience everything of importance to us in the society. Media provide a valuable way of finding out what’s going on.
Media tell us what’s going on and what should concern us -- problems facing us or things that are going well.
Media, at least when they operate optimally, don’t just give us a pile of facts. Instead, they try to tell us what’s important. They interpret facts; they provide context so that we might make sense of the issues.
The best thing the media can do is to induce people to debate -- to encourage debate in an open society.
More debate the better. Not less.
The media must represent the people within a society.
An essential part of democracy is the freedom of the press. The reason we have freedom of the press is to make sure that democracy is able to function. That’s the key here. We don’t have press freedom just for the sake of the press itself. Allowing friction and actually encouraging it means a free and open society confronts its problems, lets dissidents say what is on their mind, and ultimately preserves the entire system. The major threat to a governmental system actually is suppression of ideas; suppression invariably leads to incredible pressure.
Without the free exchange of ideas and opinions, we have less sense of options.
The media must inform the public.
In a democracy, the citizens are responsible for making collective decisions to benefit the whole. Nobody has a monopoly on the truth. No one has perfect wisdom. Collectively, however, we might come up with something pretty good. In order for a democratic community to flourish, its members must share the knowledge they gain. This sharing of knowledge is a form of education that insures intelligent and informed decision-making by all the members of the community for the benefit of the individuals and the community as a whole.
In our society this sharing of knowledge is carried out by both the education system and the media. The schools are designed to teach skills and long-term knowledge. The media’s function is to inform the public about contemporary issues.  The media gives the citizens an understanding of what is currently happening in their world, and the schools give them the skills to deal with these issues.
In conclusion, to serve a democratic society, the media must represent and inform the public. Also, the media must facilitate social unity. If a society is to remain united, its members must have a common culture.  In a large society, media helps to distribute culture by giving the mass population shared experience. The more we feel we have in common, the greater bond we will have to each other and the greater chance we will be able to make decisions for the common good. 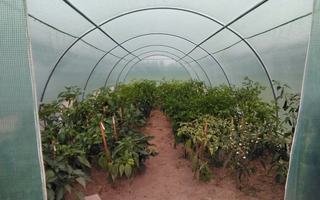 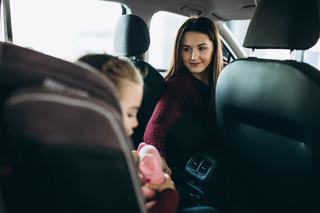